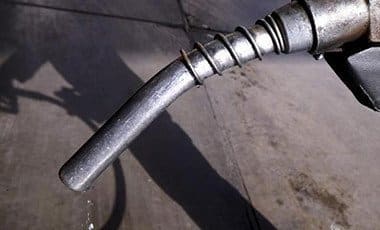 OIL prices fell for a second day on Tuesday, as concerns emerged that a six-week rally may have fizzled after OPEC doused hopes for a speedy erosion of a global overhang of unwanted crude.

The Organization of the Petroleum Exporting Countries said on Monday demand for its crude would be less than previously thought in 2016 as supply from rivals proves more resilient to low prices, increasing excess supply in the market.

To tackle the surplus, Saudi Arabia and non-OPEC member Russia, the world’s two largest oil exporters, along with Qatar and Venezuela have proposed major producers freeze output at January levels.

“We ran into $40 a barrel … the idea OPEC was going to be able to at least freeze production and was along the right tracks has unraveled a bit,” CMC Markets strategist Jasper Lawler said.

While Russian and Saudi production remains stable, analysts say Iran has trebled its output to around 3.1 million bpd, from close to 1 million bpd in January.

Oil demand could also slow. Morgan Stanley said there was a 30 percent probability of a global recession this year.

In spite of uncertainty about whether a production freeze will occur, and over its effectiveness given concerns about the global economy, investors have turned more friendly towards oil.

Speculators have added to their bets on a sustained rise in crude futures and the ratio of bullish bets to bearish in the Brent market has risen to its highest since last May, consultancy JBC Energy said.

“I’d be very surprised if we just tanked down here and made fresh lows below $27 and the impression I get is I’m not the only one. Futures sentiment … and futures positioning has switched around and is looking a lot more bullish,” CMC’s Lawler said. 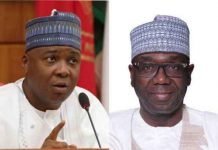 Why Kwara Governor, Abdulrasaq Wanted To Erase My Father’s Legacies ―... 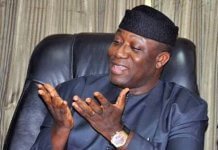 Agric Growth: Dangote Vows To Crash Price Of Fertilizer Before 2017...