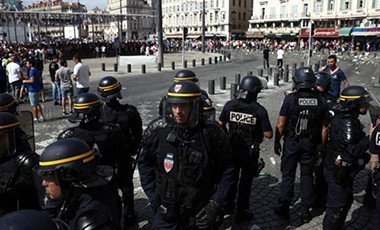 SOME 150 Russians were behind much of the violence that erupted in Marseille when Russia played England in Euro 2016, French prosecutors have said.

But he said just two Russians had been arrested, both for a pitch invasion.

About 35 people have been injured, four seriously, following three days of clashes in the city.

Police deployed tear gas to disperse football fans on a number of occasions, and there were also clashes in the stadium on Saturday following England’s 1-1 Euro 2016 draw with Russia, after Russia fans appeared to rush at England supporters.