The 25-year-old midfielder, who had four years remaining on his contract at St James’ Park, will have a medical with the Premier League side on Friday.

Wijnaldum joined Newcastle for £14.5m from Dutch side PSV in 2015, playing in all 38 of the club’s Premier League games last season and scoring 11 goals.

He will be the Reds’ sixth signing of the summer so far. 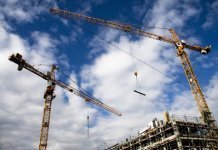