NORTHERN Youths Integrity Forum, NYIF, has written to the Economic and Financial Crimes Commission, EFCC, calling for the arrest and prosecution of Jibrin, over his role in the controversy surrounding alleged padding of 2016 budget.

In the letter to the Chairman of EFCC, the group said it would be willing to provide evidence of wrongdoing by Jibrin, if invited to do so.

The letter, signed by the NYIF Coordinator, Kabiru Amadu, further stated that members of the group strongly believed in kindness, transparency, commitment and the leadership of Dogara, claiming that the speaker had never been involved in any corruption cases or convicted by any court of law. 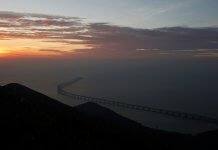 PDP Appeal Court Judgment: No Cause For Alarm —Ekweremadu