THE Federal High Court, Abuja, has directed, Sen. Buruji Kashamu, to execute the two previous court judgments he obtained stopping the Federal Government from extraditing him to the United States.

Kashamu, had in a fresh application, urged the court to prohibit the police and the Department of State Services (DSS) from arresting and extraditing him to the U.S to answer charges on drug-relates offences.
The judge, Justice Okon Abang, declined the request, saying that the serving senator, representing Ogun West in the Senate did not need the order.

Abang held that if Kashamu was sure that police and the DSS were taking steps to arrest and extradite him, he should execute the two earlier judgments obtained against the Federal Government.

He said that it was not necessary for the court to issue a fresh order against the defendants in the matter since the same court had delivered two judgments in his favour on the subject matter.

The judge said: “on this issue of the alleged plan by the respondent to abduct the applicant, I am aware that the applicant has various court judgments in his favour.

“If he is apprehensive, and is so sure of himself and his facts, he is at liberty to execute the various judgments.

“The two judgments are still subsisting and therefore the applicant requires no court order against the respondents.

“If he is complaining that persons who were not parties in the previous judgments are threatening to take steps to extradite him to U.S by force, he can seek leave of the court to execute the judgements in his favour.

“He can do so in line with provisions of Section 133 of the Criminal Code and he does not need a fresh order or fresh suit to achieve that.’’

On the petition against him by Adebutu that he, Kashamu was threatening his life, the judge ordered that status quo be maintained pending the determination of the motion on notice filed by the senator.

Abang said that his decision was based on the agreement reached by the parties to maintain status quo.

He, however, referred the case filed to the chief judge of the court, Justice Ibrahim Auta, for reassignment to another judge after vacation.

He said that his tenure as a vacation judge would end on Sept. 9 and that he could not afford to open a fresh case he would not be able to complete during vacation.

Kashamu had premised his case on the grounds that he had information that operatives of the police and the DSS were taking steps to abduct him and extradite him to the U.S.

In his motion on notice filed by his counsel, Mr Godswill Mrakpor, the senator claimed that unless the court granted him the order, his liberty would be put in jeopardy by the security operatives.

Third Force: No One Can Intimidate Me, I’ve Been Jailed Without... 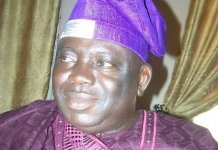