IMO State Governor, Rochas Okorocha, has urged President Muhammadu Buhari to heed the advice of his wife, Aisha, and other Nigerians to reshuffle his cabinet.

The governor said, there is need to bring in people who would help to actualise the vision of the All Progressives Congress (APC) for Nigeria.

Speaking with State House correspondents in Abuja on Sunday, Okorocha, the chairman, Progressive Governors’ Forum, who returned with Buhari from Germany at the weekend, urged the president to harken to the voice of the people.

His words: “Quite frankly, I am a governor and I know where the shoe pinches most. It is like somebody in the game and those who are outside seem to see more. So it’s natural. I think for any reason, if there is a clarion call on Mr. President to look into his cabinet and bring in more people, there is nothing wrong in taking note of the comments from Nigerians.

“If everyone keeps saying the same thing, there must be a sense in what they are saying. But that is not really the situation that should create a big hullabaloo like this big thing we are all attaching to it.

“If Buhari succeeds, it is Nigeria that is succeeding, and if Nigeria fails it is not Buhari that is failing. So we just need to support him to succeed so that all of us can be happy.”

5 Business Travel Tips For Nigerians In 2017

Facebook’s Zuckerberg Fires Back At Trump 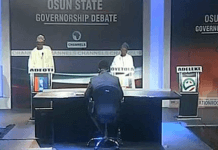 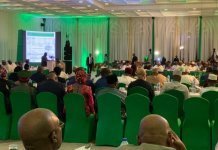 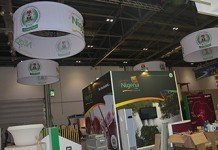