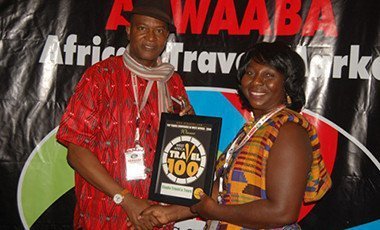 THE 12th edition of Akwaaba Africa Travel Market came to a close on Tuesday, November 1, 2016, with a great bang for the development and promotion of tourism and hospitality in Africa, as hindrances to the development of these indisputable money-spinning industries, and viable solutions were discussed in details at the event. 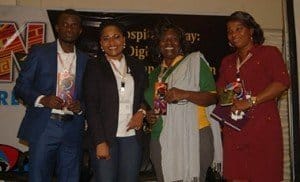 A Principal Consultant at Aduke Gomez & Co and former Senior Special Assistant to the Lagos State Government as the Secretary to the Hotel Licensing Authority, Miss Aduke Gomez, started the discuss with her presentation, titled, “Hotel Grading and Classification: a Tool for Tourism Development in Africa.”

Gomex practically explained, with reference to her experience, various ways the government can serve as a regulatory agent in promoting the Hospitality business in Africa.

The organizer of the Akwaaba Africa Travel Market, Mr. Ikechi Uko, described Meetings, Incentives, Conferences and Exhibitions (MICE) as viable means to propel tourism business, not only in Africa, but also across the globe.

Uko said, “MICE is the shortest distance to take tourism business in any nation to the promised land. It will also help in making the government and various organizations to desist from mixing up the event and entertainment part of it, which is capable of helping drive the tourism.”

He said, Benny Hinn’s visit to Nigeria, for instance, will make a record of having the largest gathering of 15 million people in the same place for the same programme.

The President of the Nigeria Tourism Operators (NATOP), Mr Nkewerem Onung, in his presentation described Calabar Carnival, harnessing the youth empowerment in a lucrative business as another better way of incorporating the youth in various ways in Tourism business, from the costume designing to the construction of various colourful costumes and setting during the carnival, among other things.

The Managing Director of Jumia Travel and internet expert in the hospital industry, Mr Kushal Dutta, while discussing the future of the industry, said the advancement of technology is a subtle way to substitute human service with technology in the future.

Dutta revealed that a technology is already developed to know all about individuals through their facebook profiles, and when someone checks in into an hotel, the technology knows the music, food and the person he/she likes, among other information will be shown to him/her as a way to ensure better hospitality services.

The Jumia Travel boss disclosed how his company became known as the biggest player in the business, saying “I asked my crew to travel round to visit all the over 8,000 hotels in Nigeria to get the firsthand experience of the facilities in the hotels before they we present it to our prospective clients, to spare them of false or erroneous information while they shop for hotel online through our platform.”

The event was thereafter electrified the more with various incentives being given to participating organizations and individuals to complete the MICE at the fora.

The best stand at the event was given to Dubai, with South Africa and Kenya coming second and third respectively, while various individuals got a lot of fascinating prices: Two persons won Business Class to London, two persons won a ticket trip for two to parks in Kenya and one person for a seven days ship cruise.

World To Watch As Trump Outlines His Foreign Policy 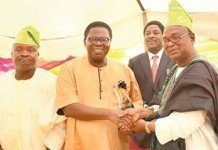