The Republican, who beat Democratic rival Hillary Clinton in the election earlier this month, is due to take office on 20 January.

Earlier this year, MPs debated the idea of banning Mr Trump from the UK.

But the government has stressed the importance of maintaining the “special relationship” between the countries.

The Queen acts as host, with the visitor usually staying either at Buckingham Palace or Windsor Castle.

Visits normally begin with a ceremonial welcome attended by The Queen and other senior members of the Royal Family, while a State Banquet is held in his or her honour.

Mr Trump’s predecessor, Barack Obama, made a state visit to the UK in April. He was accorded the same honour in 2011.

News of the possible state visit came as Mr Obama – who had his farewell trip to Europe last week – said he would speak out about Mr Trump’s presidency if he feels an issue “goes to core questions about our values and our ideals”.

US presidents tend to avoid criticising predecessors or successors. Mr Obama – who has previously been heavily criticised by Mr Trump and who had questioned his successor’s suitability for high office – was clear that he would not weigh in on Mr Trump’s decisions while he was still in power.

Meanwhile, as the president-elect continues to select his leadership team, he has confirmed he is considering retired Marine Corps Gen James Mattis for the role of defence secretary, calling him “very impressive” in a tweet.

He also met former critic Mitt Romney, who is now being considered for secretary of state. 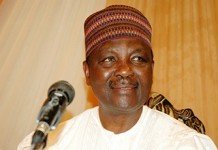 Nigeria: Unending Killings In May Into A Religious War – Gowon