BRITISH Airways resumed some flights from Britain’s two biggest airports on Sunday after a global computer system failure created chaos, but hundreds of passengers were still waiting for hours at London Heathrow.

BA said it aimed to operate the majority of services from Heathrow and a near normal schedule from Gatwick, the capital’s second busiest airport. Heathrow, however, said it expected further delays and cancellations of BA flights.

At Heathrow’s Terminal 5, where BA is the dominant carrier, hundreds of passengers were waiting in line on Sunday and flight arrival boards showed canceled flights.

Some passengers were curled up under blankets on the floor or sleeping slumped on luggage trolleys. Several passengers complained about a lack of information from BA representatives at the airport. Others said their luggage had been lost.

“Many of our IT systems are back up today,” BA Chairman and Chief Executive Alex Cruz said in a video posted on Twitter.

“All my British Airways colleagues on the ground and in the air are pulling out all the stops to get our operation back up to normal as quickly as we possibly can, we’re not there yet.”

Cruz said BA, part of Europe’s largest airline group IAG, planned to fly all its long haul services from Heathrow on Sunday, although there would be delays due to the knock on impact from Saturday’s disruption and some short haul flights would be canceled.

He also asked passengers not to arrive at Heathrow too early, warning they would not be admitted into Terminal 5 until 90 minutes before their flight’s scheduled departure time.

Gatwick and Heathrow also told passengers not to travel to the airports unless they were rebooked on other flights.

British Airways canceled all its flights from Heathrow, Europe’s busiest airport, and Gatwick on Saturday after a power supply problem disrupted its flight operations worldwide and also hit its call centers and website. Cruz said there was no evidence of any cyber attack.

A spokeswoman for BA could not immediately detail the exact number of flights canceled on Saturday. 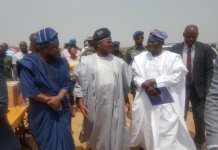 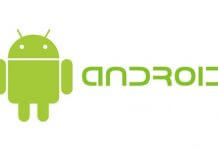