A couple forced to postpone their Greek island wedding after half the invitee’s British Airways flights were cancelled have finally said “I do”.

Laura Sciortino and her husband Sam, from Woking, Surrey, had planned to marry in Santorini on Sunday and had flown there ahead of their family earlier in the week.

When a major IT failure grounded British Airways flights, Laura’s brother, aunt, uncle and three bridesmaids were unable to join them.

So Laura and Sam found themselves rushing to rearrange the wedding they had planned for two years.

After a stressful 24 hours,the ceremony took place on Monday instead – a day later than planned.

Laura and Sam told the BBC it had been an emotional time.

“We had to contact suppliers, and change all the arrangements.

“Luckily our wedding planner and hotel were very understanding and we couldn’t have done it without them,” Laura explained.

Laura’s brother and his family made it to the wedding just in time, after booking flights with a different airline, but Laura says the first time she saw them was when she was walking down the aisle.

“They arrived on the island late on Monday morning. I didn’t have time to receive them,” Laura said.

“They rushed to the hotel and made it to the ceremony but my sister-in-law and nieces were unable to wear their bridesmaids’ dresses, as they were in the luggage they had to leave behind at Heathrow.”

“There were just a few minor things like the lighting and decor not being quite what we expected.

ALSO READ:  BREAKING: Buhari Off To London For Medicals — Presidency

“We also had to move the ceremony an hour forward as the registrar had another marriage to officiate.

“As soon as he married us he hurried off so we didn’t get a chance to thank him,” Sam explained.

“We are happy that the wedding went well and pleased our family made it, but the BA chaos caused a lot of unnecessary stress and confusion.”

Halliburton: I Stand By My Claim On Aisha Buhari —Fayose 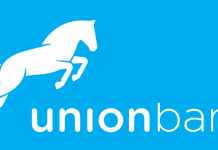