THE Peoples Democratic Party (PDP) on Thursday raised the alarm over a
video clip now in circulation that showed acts of humiliation against
unarmed civilians by the Military Personnel in their on-going operation “Python dance” against the members of the Indigenous People of Biafra, IPOB, the South-East.

This was contained in a statement made available to News men in Abuja, on Thursday, by the National Publicity of the Party, Prince Dayo Adeyeye.

The Party declared that ” if true, it is the depth of callousness and a further descent into the gutter by people who are paid to protect life, property as well as the country’s territorial integrity”

According to the statement, “the PDP believes that human life is sacrosanct and must be treated as such by all and sundry; the right to life and liberty as enshrined in our Constitution and other international conventions must therefore not only be respected and protected, but must be seen to be so.

“Where they are proven to be true, the PDP demands that all perpetrators as well as all those connected, however remotely, be immediately brought to justice

“This would go a long way to not only serve as a deterrent, but also reassure the international community that Nigeria is not a jungle but a decent society where human rights are being promoted

“The PDP frowns at and condemns violence in all its ramifications and calls on all Nigerians, wherever they are, to eschew it and live peacefully with one another” 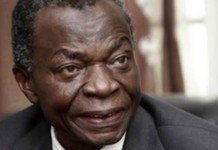 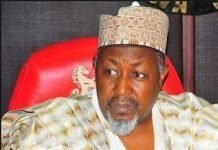 Nigeria Facing Hardship Due To Mismanagement By Previous Administrations —Buhari