Recall that ReportersAtLarge recently reported that the Personal Assistant to the Minister has resigned his appointment over unpaid salaries.

Kareem in a chat with ReportersAtLarge said: “The claimed that he is being  owed 23 months accumulated salary is null and void, though he has since abandoned his work six months ago.”

The Media Adviser to the Minister explained that, “Mr. Razaq Olubodun was appointed Personal Assistant to the Minister by a letter dated 23 November, 2015. Paragraph 3 of the letter signed by the Minister, reads: ‘Your monthly emolument will be decided in line with the existing practice.’

“The extant rule on the salary of PA to the Minister is contained in the Minister’s letter of appointment issued by the Secretary to the Federal Government.

“In this wise, the letter issued by the SGFs office in November, 2015 reads in part: item J, “Personal Assistant Allowance- 25% of Annual Basic Salary to enable you to employ a Personal Assistant of your choice.”

“Records at the Minister’s office shows that he was paid a cumulative sum of N1.5 million as salary.”

Fayose’s Alleged Removal Plot: This Is Not True —Oni 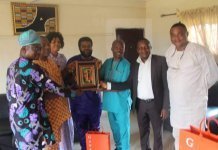 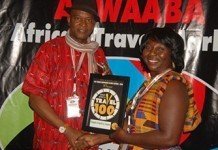