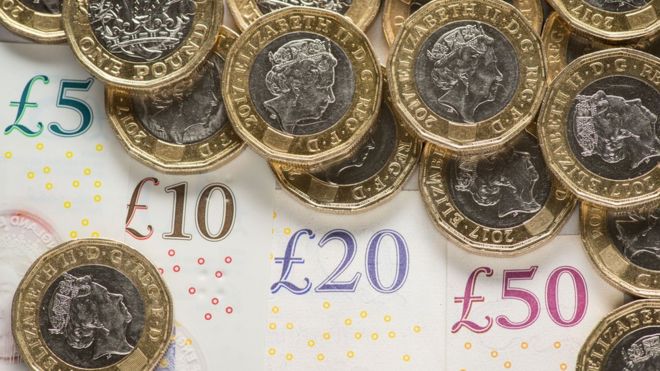 BRITISH Pound soared Thursday to within a whisker of $1.30, striking five-month peaks after the European Union reached a draft Brexit withdrawal deal with London.

The pound quickly rose more than one per cent to $1.2990 before profit-taking set in. The euro slid to 85.76 pence as the news flashed across traders’ screens.

British Prime Minister Boris Johnson will still have to take the accord to a sceptical UK parliament for its backing on Saturday.

It is unclear how many of his Conservative MPs will back the deal, and if the opposition could vote it down or attempt to force a fresh referendum to approve or reject it.

“The pound peaked around $1.30 in a knee jerk rally, following confirmation of the agreement before some profit-taking kicked in.”

News of the last-ditch Brexit deal came just hours before an EU summit that is expected to give it a seal of approval.

“It has been a dream start to the day for Boris Johnson, as the announcement… has seen the pound marching towards the landmark $1.30 barrier for the first time in over five months,” said OFX analyst Sebastien Clements.

“Reports that a Brexit deal has been reached has sent stocks as well as sterling soaring,” added CMC Markets analyst David Madden.

“Brexit has been millstone hanging over the markets in recent months, so now that progress is being made, dealers are snapping up sterling plus stocks.

“Whether the deal will get approval in Westminster is a different story, but for now, the mood is optimistic,” he added.

The DUP are against any deal that would tie Northern Ireland to EU rules but cut the rest of the United Kingdom loose.

In Asia, most markets were in the red, with traders unable to take advantage of weak US retail data that raised the chances of another Federal Reserve interest rate cut.

Comments on the Fed’s Beige Book update on the economy also pointed to a slowdown in the world’s biggest economy.

Oil prices fell as data pointed to a sharp rise in US stockpiles that reinforced worries about the impact on demand from the China-US trade war and the global economic slowdown.