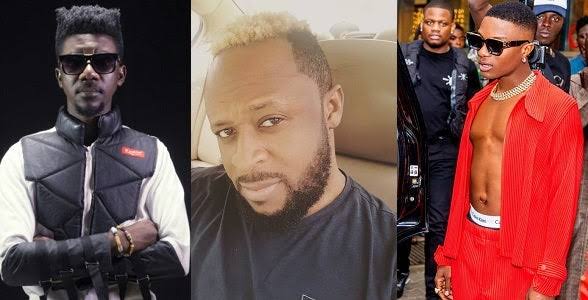 Tetuila whose real name is Anthony Olarenwaju Awotoye revealed in an Instagram post that he and Ghanaian singer Tic are suing Wizkid and DJ Tunez for violation of intellectual property:

I just want to clear the air as I am hearing things coming Ghana. Yes, it is true that myself and Tic from Ghana (formerly known as Tic Tac) are both suing Wizkid and DJ Tunez at the Nigerian Federal High Court for violating our intellectual property rights from our song Fefe N’ efe. Our lawyers have advised us not to say more than that. Thank you. – Tony Tetuila”.

Tetuila and Tic are suing for N30 million and are also asking for 35 per cent of both the digital sales and royalties received from the song, according to court documents.

In May, DJ Tunez teamed up with Wizkid to release a track titled “Gbese”. In the song, Wizkid sang “Fefe N’efe na the beauty of a woman”.

That phrase was made popular by a 2004 song “Fefe Ne Efe” by Tic Tac featuring Tony Tetuila.

Tony Tetuila is best known for the song “My Car” which was released in 2001. He was a member of the now-defunct hip-hop group The Remedies along with Eedris Abdulkareem and Eddy Montana.