LIBYA’s UN-backed Presidential Council, based in Tunis, has called on the international community to stop dealing with any rival powers within Libya.

The council nominated a unity government last month, but recognition of the cabinet has been delayed.

Libya has had two competing governments since 2014, following the downfall of Colonel Muammar Gaddafi in 2011.

The eastern House of Representatives (HOR), based in Tobruk, has failed to vote to approve the unity government. 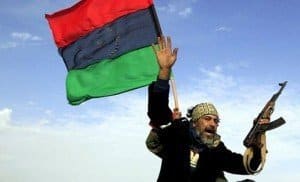 The council said in a statement on Saturday that a document signed by a majority of the HOR’s members backing the new government, as well as the endorsement by the Political Dialogue Team, represented a “green light to start work”.

However, on Thursday, a statement by Libya’s Political Dialogue Team – composed of members of political figures in Libya and some MPs representing the country’s two rival parliaments – did not appear to pave the way for this move.

It called for a speedy parliamentary vote on the proposed government, the BBC’s Rana Jawad in Tunis notes.

The Presidential Council is tasked with organising a transition of power to end the political chaos and armed conflict that has plagued Libya since Gaddafi’s downfall.

But the Tunis-based council has faced stiff opposition from hardliners in both the HOR, which has received international recognition, and in a rival parliament in the capital, Tripoli.

The political and security vacuum in the country has helped the so-called Islamic State group to establish a foothold in the north African country, carrying out attacks on cities and against oil installations.

The council was formed with the signing of a UN-brokered political agreement in December.

Its first proposal in January was marred by divisions over who would occupy senior security posts and was rejected.

Its members are still working outside Libya because rival factions in the capital, Tripoli, and their militia backers, remain opposed to the political agreement.