AGAINST the pledge by the Minister of State for Petroleum Resources, Dr. Ibe Kachikwu, that lingering fuel scarcity in the country would end on or before Thursday, April 7, marketers and depot owners said on Sunday that consumers might have to endure inadequate supply of the product till May.

The minister had initially given May as the most likely date for the fuel scarcity to abate but was forced to recant and say the situation should normalise latest by Thursday following criticisms from different segments of the country.

A source among the marketers told one of our correspondents in Lagos on Sunday that the situation on the ground did not give any hope that petrol would be readily available at filling stations this month.

The source, who spoke on condition of anonymity, said only one of the three parking spaces at the Apapa Port was discharging Premium Motor Spirit, adding that instead of the two vessels that the Nigerian National Petroleum Corporation had promised would discharge by last weekend, only one actually came in.

According to the source, the vessel, which carried 21 million metric tonnes of petrol, berthed at the Apapa Port on Thursday and only commenced discharging its content on Saturday.

Another source, who is an official of an independent marketer, said though his firm got the second quarter import permit just before Easter, it usually takes about three weeks to arrange all the logistics for importation, including the opening of Letters of Credit, sourcing for foreign exchange and arranging with foreign suppliers and shippers.

He explained, “The system is dislocated and even if the marketers decide to import now, it will take a minimum of 21 days for the fuel to come to Nigeria. The arrangement before now was for the marketers to import 60 per cent of the country’s petrol need, and the NNPC to bring in the balance.

“But the arrangement was changed midway for the NNPC to import 78 per cent, while the marketers were left with 22 per cent. However, the corporation lacks the capacity and facilities to do this well. It is doing less than 60 per of its allocation; so, I don’t know what magic it will perform to end the fuel scarcity by Thursday.”

Another marketer, who spoke on condition of anonymity, explained that before now, his firm was getting on the average four cargos of PMS per quarter, but that the number had been reduced to one cargo of 30 million metric tonnes, which translated into about 120 trucks to service over 3,000 retail outlets.

The marketers said their ability to import petroleum products would be determined by foreign exchange availability.

The Petroleum Products Pricing Regulatory Agency had last week released the second quarter petrol import allocations, with the Nigerian National Petroleum Corporation given 41.7 per cent and private marketers 58.3 per cent of the national consumption.

In Lagos, many filling stations did not open for business on Sunday, while those sold the product had long queues of desperate motorists to contend with. On the Lagos-Ibadan Expressway, queues at Mobil and Oando filling stations spilled onto the road and caused gridlock. Capital Oil and the other Oando stations did not dispense petrol as of the time of our correspondents checked.

ALSO READ:  I Consulted Indian Astrologer To Know My Date Of Birth —Obasanjo

The Executive Secretary, Depots and Petroleum Products Marketers Association, Mr. Olufemi Adewole, said the NNPC had assured the marketers that foreign exchange would be provided for them through the Central Bank of Nigeria.

Adewole said, “As soon as that is released, our people will start importing. If our letters of credit are not backed by adequate foreign exchange, our international supplier will not oblige us. We are still owing them foreign exchange for deliveries made to us between September 2014 and December last year.

“Government has given us the naira, but we don’t have forex to pay them. Right now, what they have decided is that if we want to buy anything from them, we should bring forex. And the NNPC has assured us that they will give us. Once they give us forex, our suppliers will release cargos to us.”

Commenting on the increased allocation to the marketers for the second quarter, the Chairman, Nigeria Union of Petroleum and Natural Gas Workers, Lagos Zone, Alhaji Tokunbo Korodo, described it as a welcome development.

“I think it will create the enabling environment for the marketers to contribute their quota to the supply. But the most important thing is that the government should make forex available to them as they promised so that we can bring this scarcity to an end.”

He stressed the need for mass importation of the product to solve the supply challenge currently facing the country.

Meanwhile, international oil companies in Nigeria’s upstream oil and gas sector are to provide foreign exchange for the importation of petrol in a bid to help the country address its lingering fuel scarcity problems.

This is coming as the Nigerian National Petroleum Corporation announced on Sunday that the country’s three refineries would commence the refining of crude oil to produce petrol for local consumption this month.

The Group Executive Director/Chief Operations Officer, NNPC Downstream, Mr. Henry Ikem-Obih, told journalists after touring some petrol stations in Abuja on Sunday that the corporation was working extremely hard to ensure that the queues were eliminated.

Asked to explain how the corporation planned to tackle the issue of foreign exchange scarcity for marketers in order to enable them import products, Ikem-Obih stated that upstream oil companies like Shell and Mobil, among others, and the NNPC would work together in making forex available.

He said, “As you know, forex availability was one of the prime reasons why we didn’t do well in the first quarter. Most marketers who had allocations could not import because they couldn’t access forex. The minister has worked very closely through his own initiatives with the upstream oil companies. So, we have a number of them on board with us and they will support the local entities and downstream companies. 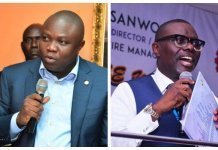 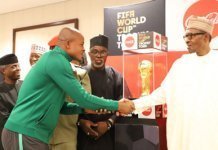