THE Minister of Budget and National Planning, Mr Udoma Udo Udoma, has said that the ministry will embark on extensive consultation in implementing the 20l6 national budget.

Udoma made the statement while answering questions from newsmen at the 2016 Annual Public Lecture of the Nigerian Economic Society (NES) in Abuja on Tuesday.

“We already indicated that in terms of our medium term plan, we are going to have extensive consultations. We are going to consult the NASS (National Assembly), civil society; organised interest groups and the general public because we want to make sure that the input of all Nigerians are captured in developing our plans. Some areas have been indicated that we could improve upon and so we will take all that into account as we move forward,” he said.

The minister explained that the strategic implementation plan was meant for the 2016 budget and the time frame would be the fiscal year of the budget.

He explained that the strategic implementation plan had up until May 2017 to be implemented as provided in the Act by the National Assembly.

“As I indicated, we are not going to release capital automatically every quarter, it will be based on performance and that performance can only be determined by strengthening our monitoring,” he said.

The minister said the Federal Government is committed to strengthening the linkage between development plans and budgeting processes to ensure better implementation of projects and programmes towards speedy recovery of the economy.

Udoma said the various agencies of government entrusted with responsibilities are vigorously pursuing their respective mandates to achieve the common goal of economic recovery and sustainable development.

Justifying the linkage of planning and budgeting, Udoma said many countries that have successfully transformed their economies have done so with the use of well implemented budgets designed in accordance with their strategic plans.

He noted that failure to link policies, plans and budgets may be the single most important factor contributing to poor planning and budgeting outcomes in many developing countries.

“Countries where the planning process is fragmented and not adequately aligned with the annual budgeting process experience difficulty in implementing clear and consistent national policies. This has been the Nigerian experiences”, he pointed out.

He admitted that Nigeria has not done well in ensuring that budget outcomes achieved planned targets, which is why according to him, President Muhammadu Buhari took the decision to merge the National Planning Commission and the Budget Office of the Federation to form the Ministry of Budget and National Planning.

Delivering a lecture titled “Strengthening the Budget-Plan link for inclusive development in Nigeria,” a renowned Professor of Economics and past President of the Nigerian Economic Society (NES), Mike Obadan, said given the structures on ground, Nigeria can still achieve sustainable growth and development within a short period if only government can develop the commitment and political will to implement development plans in a disciplined manner.

Obadan said although the relevant structures have been put in place by the current administration, commitment and discipline will ultimately determine the outcome of its efforts.

Pointing out that poor and distorted implementation has been the major bane of planning activities in Nigeria over the years, Professor Obadan said a plan document is of little use to the citizens if it is not faithfully implemented.

A related challenge to the budget-plan link, he also pointed out, was the lack of continuity and commitment to agreed policies, programmes and projects; a situation he said is reflected in the production of various plan documents routinely disregarded by succeeding governments over the years.

He noted that the country has been experiencing a weak plan-budget link over a very long period because of plan indiscipline and deficient institutional arrangements for planning and budgeting.

Although Obadan applauded the Buhari administration for merging the Budget Office and the National Planning Commission, which he said was a critical step on the path to achieving effective integration of plans and budgets, he insisted that the merger must be made to work if it is to achieve the purpose.

According to him, concerted efforts must be made to implement plans using the budget as the basic instrument; advising that a bottom-up approach to planning should be adopted to foster inclusive growth and development.

Among others, he suggested the need for adequate linkage and harmonization among the medium-term plans and frameworks and the annual budget, as well as institutionalizing incorrupt and efficient administration.

He emphasized that in the context of effective planning and budgeting, there was need to strengthen capacities and capabilities in the form of human capital, as well as provide for safety nets in order to achieve inclusive development. 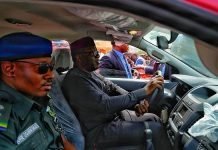