TRADITIONAL rulers from Igbo speaking states in Nigeria have commended the numerous achievements of the Director-General of the Nigerian Tourism Development Corporation (NTDC), Mrs Sally Mbanefo, since she was appointed.

HRH Igwe (Dr.) C.N, Nwajagu, who led the delegation of traditional rulers on a courtesy visit to the NTDC office said this in his address, while commending President Muhammad Buhari for keeping their daughter, Sally Mbanefo, as the NTDC boss.

“We sincerely appreciate President Muhammad Buhari for keeping our daughter, Sally Uwechue-Mbanefo, whose contributions to the development and promotion of tourism in Nigeria are immense.

“Sally has been dutiful in her responsibility to promote and showcase all the tourism and cultural potentials in the country, which made us proud as a great nation, because our strength lies mainly and squarely in our cultural diversity. The unity of this great country cannot be achieved if this parastatal fails.

“Therefore, like the prophet from the South and as the custodian of the cultures of the Igbo people of Nigeria, we hereby make a declaration that the only remedy for the ills of the country lies mainly in this parastatal. Not funding it well means joking with the growth and unity of the country for this parastatal holds our peace, stability and base as a nation,” he said.

Mbanefo in her response underscored domestic tourism as a viable tool to unify Nigerians, create jobs in the local communities and reduce criminality in the country.

The NTDC boss while commending the anti-corruption crusade of the President Muhammadu Buhari-led administration said the crusade will reduce criminality and encourage foreign investments in the country, adding that “it will boost the nation’s economy and create wealth for Nigerians.”

The NTDC boss emphasized that the wealth of culture, tradition, heritage and languages in Nigeria must be encouraged and preserved. 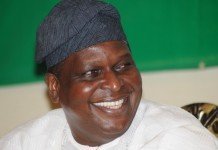 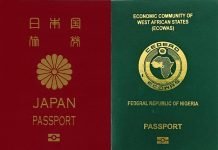 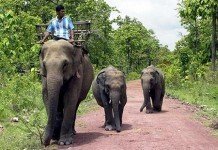 Benue Killings: I’m Prepared To Step Down As Vice President —...