FORMER Governor Segun Oni has described the allegation of the Ekiti State governor, Mr Ayodele Fayose’s allegation of removing him from office, as untrue, saying “I am not aware of anything like that.”

Oni further said: “Please ask him (Fayose) for any evidence, not hearsay. Rumour peddling is not a dignified past time for a governor.”

In the same development, the Ekiti Assembly lashed out those calling for Fayose’s removal, describing them as jesters, ignorant.

The assembly also said the people were jobless and mediocres, who were only being used by their paymasters, who had been rejected at the polls by the people of the state.

The legislators noted: “There is one at their backyard in Abuja, who Nigerians are already clamouring for his removal for not keeping to his electoral promises, coupled with high-handedness, subjection of Nigerians to hunger and deprivation, untoward hardships and tendency to dictatorship and absolutism as a result of flagrant disobedience to court orders.

Sergio Aguero May Extend His Manchester City Contract Despite Plans To... 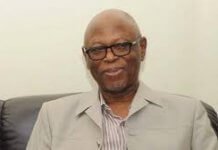 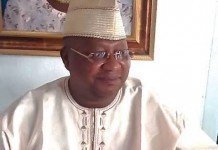