THE Speaker, House of Representatives, Mr Yakubu Dogara, said the house would initiate programmes and policies aimed at improving the living standard of Internally Displaced Persons (IDPs) in Abuja.

Dogara stated this in Abuja on Monday when the leadership of the House of Representatives met with pupils of “School without Walls’’ from Abuja IDPs camps to commemorate 2017 Commonwealth Day.

The theme of the celebration is “A Peace Building Commonwealth’’. The speaker urged the children to dedicate themselves to the promotion of peace in the country.

He told the children that there was no one more qualified to fight for peace in the country than them.

Dogara expressed concern that recent killings, kidnapping, inter-communal clashes, terrorism and militancy recorded in the country had militated against a peaceful society.

“It is something that we Nigerians can all rally round, start thinking critically and resolve in light of the fact that nobody is coming to give the arrangement.

“We need to address the difficulties ourselves,” he said.

Earlier, the Clerk to the National Assembly, Mr Mohammed Sani-Omolori, said that the event was organised to preach peace and tolerance to the pupils while at the camp and beyond.

He said that the contributions of young people to peace building could not be ignored, adding that respect and understanding for one another was the cornerstone on which peace was founded.

“At a time of increasing instability and uncertainty in the world, the Commonwealth of Nations in its rich diversity becomes an ever more needed source of strength and hope for all its members.

“During a period of expanding precariousness and instability on the planet, the Commonwealth of Nations in its rich differing qualities turns into a perpetually required wellspring of quality and seek after every one of its individuals.

“It is in such manner that this year, the Commonwealth is concentrating on peace-building activities and is focused on looking for methods for settling struggle and making tranquil and stable group.”

Olatunji, however, solicited more support from Nigerians to meet the demands of the displaced children’s upbringing. 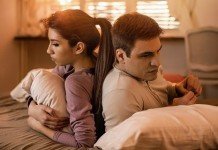 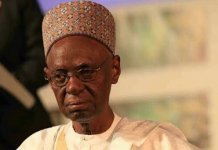 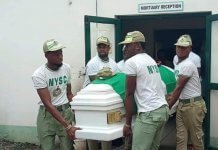