THE Nigerian Senate has observed the need for the Federal Ministry of Health and its counterpart ministries at the state level to work together with the World Health Organisation (WHO) to prevent further outbreak of Meningitis in the country.

The Upper Chamber, however, regretted that the Federal Capital Territory (FCT), Zamfara, Katsina, Kebbi, Sokoto and Niger states are badly affected, with Zamfara State having the highest confirmed cases.

It however, resolved to direct the Ministry of Health, Nigeria Centre for Disease Control (NCDC) and other relevant agencies to work with WHO to acquire sufficient Meningitis vaccines.

This followed a motion sponsored by Senator Gbenga Ashafa, representing Lagos West, on the ‘Outbreak of Meningitis: Urgent need to curb the spread and stop further deaths’, during the plenary on Tuesday.

Senate noted that it was aware that the NCDC has confirmed the outbreak of Cerebro Spinal Meningitis in five States, with at least 282 deaths, adding that as at 30th of March 2017, 1,966 suspected and 109 confirmed Meningitis cases were recorded.

The Senate further noted that Meningitis is mostly associated with overcrowding, lack of ventilation and it is usually peak during the November – April period, during dry season.

It explained that the recent Meningitis type is a new strand called Stereotype C with the Vaccine not being commercially viable.

Contributing to the debate, Senator Sabi Abdullahi of Niger State said that his state, has been hit by Meningitis and pointed out that government needs to be proactive in its approach to stop its spread.

According to Senator Tijani Y. Kaura of Zamfara North, “the casualty figure in Zamfara State is even worse than reported.”

Breaking: Fayose Moves To Save Apostle Suleiman From DSS Arrest Over... 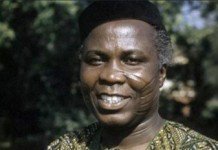 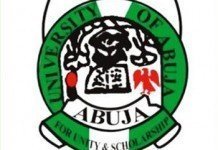