Ogidi told the News Agency of Nigeria (NAN) that the expected ruling would help to lay to rest, many issues that could re-emerge and trouble the party in future.

“To tell you the truth, there will be no political solution to the problem, because there are so many grey areas.”

“If we didn’t take this to the Supreme Court, too many things would have come back to haunt the party, so it was wise we went to the court.”

“The political solution is just a family thing. Sometimes people think it can be easy, but in this case, there is no way.”

“That is why each time they keep saying let’s go for political solution, some of us know that it is going to be difficult and short-lived and therefore, look forward to the court verdict,” Ogidi said.

He said that though the court of Appeal Court already gave a judgment, true PDP members and leaders believed that Supreme Court, as the conscience of the ordinary man would right the wrong.

“It is the Supreme Court judgment that we are waiting for. I believe it will do the right thing.”

“One man cannot call a convention and cancel it; no one is given such kind of power. Even the President does not have such power.”

The party chieftain said that the stay-of-execution filed by the party against the Court of Appeal judgment was still on course, and accused the National Chairman of the party, Ali Modu Sheriff of not implementing judgment.

According to him, the court ruled that the party should revert to status quo ante as it was before May 21 convention in Port Harcourt, but Sheriff is appointing people into the National Working Committee (NWC).

“He appointed deputy chairman and publicity secretary in disregard to the ruling and contrary to the party’s Constitution.”

“He has no such powers and all the people he has appointed are aliens to us.”

He also accused Sheriff of going about, changing elected executive committees of the party in the states “even when he has no NWC to make decisions for the party”.

Ogidi called on party members who know the truth to speak up, saying that the party was ready for Sheriff and his sponsors.

“PDP is us; we have a lot at stake in PDP. We cannot allow one man to destroy it.”

On Sheriff’s decision to hold on to Gov. Seriake Dickson of Bayelsa’s Reconciliation Committee’s report, Ogidi said that the report of was still open to suggestions and modification.

“Dickson was advised to talk to all stakeholders and the committee is going round. They have even said that they were going to make some adjustments to the recommendations.”

“It is a recommendation that has to be `sold’ to all organs of the party. So, Sheriff cannot say that is the final,” Ogidi said.

He dismissed Sheriff’s advertisement for vacancies at the party’s National Secretariat, saying that he had no power to sack the workers there and replace them.

He said that Sheriff could not compel the staff to work with him because they workers did not know his strange members of NWC.

Ogidi maintained that PDP members in the South-South remained committed to the decisions of the May, 2016 Port Harcourt and loyal to the National Caretaker Committee constituted by the convention.

He advised all members and supporters to remain calm as genuine leaders of the party were pursuing the course of justice to its logical conclusion. 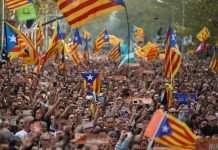 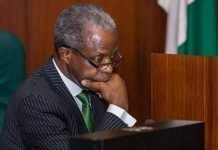