*As Crypto-Assets Soars With Creation Of New Token

DIGITAL currency bitcoin hit a record high on Tuesday as demand for crypto-assets soared with the creation of new tokens to raise funding for start-ups using blockchain technology.

Blockchain, the underlying technology behind bitcoin, is a financial ledger maintained by a network of computers that can track the movement of any asset wthout the need for a central regulator

Bitcoin hit a record $1,760.40 on the BitStamp platform and was last at $1,747.89, up 6 percent on the day. So far this year, bitcoin has surged nearly 80 percent. Bitcoin’s market capitalization on Tuesday soared to $52.5 billion, according to data from coinmarketcap.com.

Aside from being an asset that can be traded on exchanges like stocks and bonds, bitcoin has become a mode of payment for some retailers, such as Overstock.com, and a way to transfer funds without the need for a third party.

“We have an influx of new capital in the space and that capital goes back and forth among crypto-assets and bitcoin,” said Chris Burniske, blockchain products leader at ARK Invest in New York, which manages exchange-traded funds.

“Bitcoin is still the main liquidity provider in the market and people use it to buy other crypto-assets.”

That said, Minneapolis Federal Reserve Bank President Neel Kashkari has been skeptical about bitcoin’s outlook, noting that blockchain has more potential for being adopted in the future than the digital currency itself.

“I think sentiment has shifted in the markets, in the Fed,” Kashkari said at a technology conference in Minneapolis on Tuesday.

Still, a big part of bitcoin’s recent surge is the increase in demand for other digital currencies being sold in so-called “initial coin offerings,” or ICOs. Under ICOs, blockchain start-ups sell their tokens directly to the public to raise capital without any regulatory oversight.

At least 40 start-ups have launched an ICO this year, according Smith + Crown data.

“For the first time in financial history, founders can access capital from both large and small investors armed with nothing more than a slick website,” said Arthur Hayes, chief executive at crypto-currency derivatives trading platform BitMEX.

Analysts say the foundation for bitcoin’s gains was set last July in a process called “halving,” in which rewards offered to bitcoin miners shrink. That has constrained bitcoin’s supply.

Bitcoin relies on so-called “mining” computers that validate blocks of transactions by competing to solve mathematical puzzles every 10 minutes. In return, the first to solve the puzzle and clear the transaction is rewarded with new bitcoins. 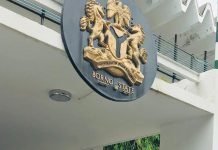 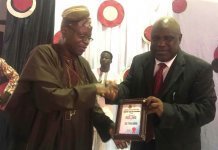 We Will Guard Against Stealing Of Recovered Loot —FG

Crude Oil Earnings Drop By N41bn In One Month —CBN