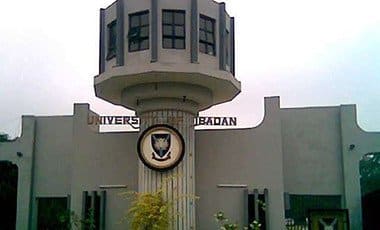 THE authorities of the University of Ibadan (UI) on Tuesday, proscribed students’ union in the institution following a protest outside the campus.

The Senate rose from an emergency meeting, proscribing the union and suspending members of the Executive Council and Students Representatives Council (SRC).

The university was shut on Monday, less than 24 hours to the beginning of the first semester examination for the 2016/2017 academic session.

The closure followed a protest by the students, who barricaded Mokola-Sango-Ojoo Highway, causing traffic jam

The Vice Chancellor, Prof Idowu Olayinka, announced the Senate decision at a news conference in his office.

The closure led to the postponement of the 2016/2017 first semester examinations from May 30 to July 17.

Justifying the proscription, Olayinka said: “The expanded management of the institution, comprising the principal officers, provost and deans, internal members of council, wardens of halls of residence and other leaders of the university met with the leadership of the suspended students’ union on May 28 between 4pm and 7pm.”

The executive members of the two suspended students’ bodies that were sworn in on May 8, according to Olayinka, were told that there had been a ban on the use of electrical appliances by students for more than six years, and that distribution of smart identity cards that would have chips with multiple functionality would start by the middle of June.

It was learnt that registration forms and any other valid university instrument would be considered for admittance into examination halls in the postponed first semester examinations.

The management reportedly told the students that the meeting of Students’ Welfare Board, which is a statutory committee of the Senate, would be convened soon to discuss other students welfare issues, so that a solution could be proffered.

The students, according to Olayinka, were told that they have rights to peaceful protest, but that it should be within the campus.

Oyo: Our Performance In 100 days ‘ll Surpass 8-year Scorecard Of...