A chieftain of the All Progressives Congress (APC) in Ondo State who was kidnapped, last weekend by some gunmen in Igbotu, in Ese Odo Local Government Area of the state, Mr Olumide Odimayo, was on Monday found dead in a riverine community within the area.

Odimayo who was kidnapped while returning to his home last weekend by the gunmen was until his death a prominent leader of the APC in his Ese-Odo Local Government Area and the state at large.

A source within the town informed Tribune Online that the late Odimayo arrived from a trip abroad not too long ago before he was kidnapped.

It was gathered that the remains of Odimayo were found near Ogolo River, between Sabomi and Igbotu community two days after his abduction.

Confirming the development, the Publicity Secretary of the APC in the state, Prince Abayomi Adesanya, described the death of Odimayo as shocking and devastating.

He disclosed that the corpse of the late politician was found by local vigilantes, adding that the incident has thrown the party into mourning.

He said, “The late politician contributed significantly to the success of the APC in the last gubernatorial election,” adding that “he supported the party with all he had when he returned from the United Kingdom. We will surely miss this great man.”

He, however, said the incident had been reported to the police saying the security operatives in the state have begun investigation into the killing.

The Police Public Relations Officer (PPRO) for the state police command, Mr Femi Joseph who also confirmed the incident, said eight suspects have already been arrested by the police in connection with the incident.

Joseph said that the police had arrested the suspected kidnappers of the deceased politician before his death, explaining that the efforts of the police and some youths in the area led to the arrest of the suspects.

The police image maker said, “The leader of the kidnap gang confessed to the police that Odimayo was in their custody. We discovered that the other kidnappers decided to throw him in the river when they knew that they were no longer safe with their dastard work.

“We felt so bad with the unfortunate incident and we are worried over the death of the politician after a successful operation. I can assure you that the suspects will face the full wrath of the law and others involved in the abduction and subsequent killing of Odimayo will not go unpunished.” 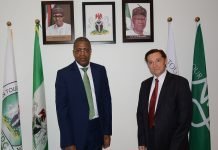