THE US government has branded Venezuela’s President Nicolas Maduro “a dictator” and frozen any US assets, after he held a controversial poll to elect a constituent assembly.

Under the sanctions, US firms and individuals are banned from doing business with Mr Maduro.

The election on Sunday was marred by violence, with widespread protests and at least 10 people killed.

President Maduro hailed the poll as a “vote for the revolution”.

The opposition coalition, which boycotted the election, said 88% of voters had abstained. It has refused to recognise the election, and called for more protests later on Monday.

Venezuela’s attorney general Luisa Ortega, a vocal critic of the Maduro government, called the vote an expression of “dictatorial ambition”.

Militants Kill Over 230 At Mosque In Egypt’s North Sinai 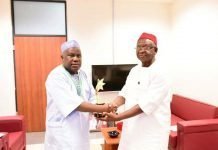