TWITTER has identified and blocked 201 suspected Russian-linked accounts connected to the spreading of false information in last year’s US presidential election, the social network said Thursday.

In an online statement, Twitter said it had looked at around 450 accounts shared by Facebook, after that social network conducted a similar investigation, and found that 22 had corresponding Twitter accounts. It also found another 179 related accounts and blocked those after determining they broke the site’s rules.

The social media giant spoke about its investigation behind closed doors at a US Senate Intelligence Committee on Thursday, however committee members Adam Schiff and Mark Warner said they were disappointed by the briefing.

“Frankly I don’t think they understand how serious this problem is,” Democratic Senator Mark Warner tweeted afterwards. Twitter also identified 274,000 dollars of advertising bought in 2016 by broadcaster Russia Today “which has strong links to the Russian government.”

Earlier this month, Facebook said it sold some 100,000 dollars in political ads purchased out of Russia that were aimed at influencing US politics. Separate probes by the US Congress and an independent counsel into Russian interference in the US presidential election are continuing and include questions about potential collusion between members of Donald Trump’s campaign and Russia. NAN 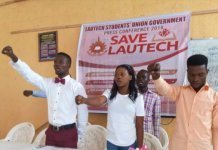