TUMULT in the administration of President Donald Trump has hit the roofs as fever of sacks and resignations envelopes the Oval office.

Trump himself has made jest of the situation of the exit of aide when he said with laughter, “Who’s next?”

It’s the very question that has the whole White House on edge. In recent weeks, the president’s top economic adviser has resigned over a policy dispute, the secretary of state he long clashed with was fired and a slew of top aides headed for the exits.

Many close to Trump think more upheaval is coming soon.

The president is moving toward replacing National Security Adviser H.R. McMaster, but has not settled on exact timing or a successor, said four people with knowledge of White House deliberations. Kelly has also worn on the president, confidants of the president said. And Veterans Affairs Secretary David Shulkin, under fire for ethics violations, appears to be grasping to keep his job.

So intense was the swirl of speculation about McMaster that White House spokeswoman Sarah Huckabee Sanders tried to tamp things down late Thursday by tweeting: “Just spoke to @POTUS and Gen. H.R. McMaster – contrary to reports they have a good working relationship and there are no changes at the NSC.”

This account of the tensions in the White House is based on conversations with 10 officials inside the White House and familiar with West Wing deliberations, all of whom spoke on condition of anonymity because they were not authorized to discuss internal matters.

After more than 14 months in office, Trump is reshaping his administration, seeking people more likely to fall in line with his policies and tolerate his moods. The factionalism that defined the early days of his tenure has faded and he has lost some of the close aides who could manage his volatile impulses. To some, the White House is increasing taking on the feel of a team of cheerleaders more than a team of rivals.

While dismissing news reports of looming departures, Trump also appeared to signal more changes to come on Thursday, telling reporters: “There will always be change.” Trump’s administration has set records for turnover among senior administration aides.

And junior-level aides were particularly troubled by the abrupt exit of Trump personal assistant John McEntee this week, who was removed from his job and escorted off White House grounds — then quickly handed a job on Trump’s re-election campaign.

In private conversations in recent weeks with aides and friends, Trump has reflected on his desire to reshape the administration.

Though the drumbeat of the ongoing Russia probe has only grown louder, the president believes that his recent decisions on tariffs and North Korea have breathed new life into his administration and he is eager to take more “bold steps” that make his own mark. He has told confidants he wants to rid himself of staffers who hold him back. 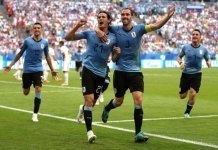