WIFE of the Vice President of Nigeria, Mrs. Dolapo Osinbajo, and the Minister for Power, Works and Housing, Mr. Babatunde Fashola, have enjoined the Nigerian youths to think outside the box of white collar jobs and explore entrepreneurship.

The duo made the call in their respective speeches in Abuja on Saturday, at the launching of Dreamtakers Foundation, an initiative of Barrister (Mrs.) Funebi Otu Umondak.

The foundation is a non-governmental organisation, geared towards youth and people empowerment; founded to assist unemployed people, especially youths and women, to become financially independent and more self-sufficient.

Mrs. Osinbajo in a Skype message during the event encouraged the Nigerian youth to be more productive and explore their potentials and skills to employ themselves and many others. This, according to her, will reduce the spate of poverty and unemployment in the country.

The wive of the Vice President, represented by the Senior Dental Surgeon in charge of School’s Oral Health Programme of the Federal Ministry of Health, Abuja, Dr. (Mrs.) Obiadulu Ugbo,  earlier underscored the efforts of the President Muhammadu Buhari-led administration at encouraging entrepreneurs and empowering the Nigerian youth.

She commended the efforts of Barrister Umondak at birthing the foundation and canvassed for supports for her.

Osinbajo then encouraged the beneficiaries of the foundation’s trainings and the Nigerian youth at large to infuse excellence into their entrepreneurial endeavours.

Fashola, represented by the Director of Human Resources of the Ministry of Power, Work and Housing, Mrs. Morayo Alimi, earlier in his goodwill message acknowledged the potentials of the Nigerian youths. He then charged them to employ the potentials to create wealth for themselves and the nation.

Also in his speech, the Director-General of the Nigerian Tourism Development Corporation (NTDC), Mr. Folorusho Coker, commended Barrister Umonda. He pledged the support of the Corporation for the foundation.

The NTDC boss, represented by his Special Assistant, Mr. Friday Anumba, enjoined Barrister Umondak to extend the good gesture to the tourism sector.

Also speaking at the event, the Director-General of the Small and Medium Enterprises Development Agency of Nigeria (SMEDAN), Dr. Dikko Umaru Radda, represented by Mr. Abubakar Aliyu, described the timing of the foundation as auspicious, “considering the fact that the Federal Government is also promoting entrepreneurship.”

While also commending the initiative, Radda reiterated the commitment of SMEDAN to advancing enterprises and entrepreneurship development in Nigeria.

Barrister Umondak earlier in her speech disclosed that the foundation was birthed with a passion to alleviate the hardship of the common man, based on unemployment statistics soaring on a daily basis and the global rise in poverty.

While expressing her joy over the beneficiaries of the foundation, who have been able to hit the ground on the various vocations they have learnt, solicited the supports of well meaning Nigeria to champion the course of the foundation, which according to her, is rooted in youth and women empowerment to make them financial independent and more self-sufficient. 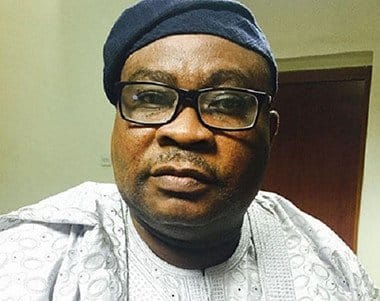 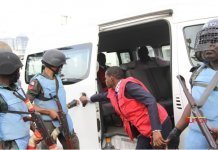 Ondo Election: APC Has Not Endorsed Any Candidate —Odigie-Oyegun