THE National Assembly has increased the amount of the 2018 budget to N9.120 trillion from N8.612 trillion.

The details of the budget were listed on the Order paper available at the Senate, on Tuesday.

Chairman of the committee, Sen. Danjuma Goje, laid the report before the Senate in plenary, six months after it was presented by President Muhammadu Buhari.

The Senate and House of Representatives had promised to pass the budget on April 24, but failed to do so. 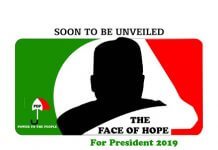