THE Ekiti State chapter of the All Progressives Congress (APC) has praised President Muhammedu Buhari for honouring the late businessman and politician, Chief Moshood Kashimawo Abiola, with a post-humous award of the Grand Commander of the Federal Republic of Nigeria (GCFR).

The President had yesterday honoured the late presumed winner of the June 12, 1993 presidential election, Abiola; his running mate, Alhaji Babagana Kingibe; and the late human rights lawyer, Chief Gani Fawehimi, with the highest national honour of the Grand Commander of the Federal Republic of Nigeria (GCFR). He also declared June 12 as Democracy Day.

But Governor Ayodele Fayose kicked, saying Buhari was playing politics with his move, even as he insisted that he would not allow Ekiti people to honour June 12 as Democracy Day.

But reacting in a statement in Ado-Ekiti by the Publicity Secretary, Taiwo Olatunbosun, the party praised Buhari for displaying a rare courage to address the nagging question on the relevance of June 12 election in Nigeria’s democratic credentials, saying the President had put to rest the pretensions and injustice inherent in the most peaceful and transparent election in the nation’s electoral process.

“Abiola is adjudged the winner and hero of our democracy for standing against the jackboots of the military dictators and paying the supreme price for being a resolute democrat.

“Abiola won the freest and fairest election without religious and tribal sentiments in the history of electoral process and democratization in Nigeria, but most unfortunately the conspiracy of the same capitalism agents that truncated Nigerians’ dream to have the late MKO Abiola as the President are now in PDP who benefited and assumed the control of our national government on the strength of June 12 symbolic history , struggle, and sacrifice.

“After profiting bountifully from the blood of MKO, they decided to selfishly and wickedly ignore that iconic national symbol and hero of democracy to give him a deserved place in history.

“Today, we are happy that another hero of democracy without tribal sentiment, who is also a progressive leader, President Buhari, has demonstrated integrity by not only honouring this fact of history, but has also done honour to the hero of democracy, who sacrificed his life to ensure that democracy establishes root in Nigeria,” he said.

Noting that PDP-led administration had failed Nigerians in many ways, including not recognising June 12 as the Democracy Day, he said it was disheartening that those who benefited from the late Abiola’s sacrifices chose to impose “an inconsequential and administrative day, May 29, as the nation’s Democracy Day instead of June 12.
“June 12 is our own Democracy Day and we will surely celebrate our hero and many others who struggled and sacrificed their lives so that we can have the people’s government, which Nigerians are enjoying today.

“It is time for us in Ekiti to reclaim our land for the rescue mission so that our people can enjoy the benefits of good governance, regular and timely payment of salaries,pensions and gratuity, free and quality education, free health services, employment for our youths and women and social security programme that was cancelled by Fayose, food security and agricultural development, among others, which Dr Kayode Fayemi’s administration will provide after his victory in the July 14 governorship poll,” he said.

“Let Fayose know and understand that instigating Ekiti people to disobey the President’s lawful public declaration as granted by the Constitution and his threat to punish Ekiti people who observe June 12 as Democracy Day is not only an affront to the authority of the President of Nigeria that he swore to uphold, but also a treasonable and seditious conduct over which he should be ready to face the law after losing his immunity.

“APC members and all progressives will roll out the drums on June 12 in our characteristic manner to celebrate all the heroes and heroins of democracy in our land, either dead or alive,” Olatunbosun concluded. 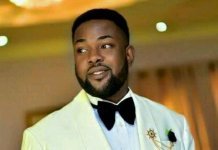