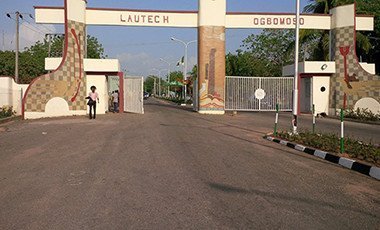 ANOTHER strike is looming in the Ladoke Akintola University of Technology (LAUTECH), Ogbomoso due to non-funding of the University by the owner states.

This resulted in members of staff of the institution being owed 10 months of salary and promotion arrears, among others.

This was contained in a release jointly signed by Biodun Olaniran, PhD and the chairperson of the Academic Staff Union of Universities (ASUU) of the institution, ‘Toyin Abegunrin, PhD.

The release reads: “Apart from the non-payment of salaries and other entitlements, there has been no singular infrastructural development on campus since the inception of the present administration in Oyo and Osun states.

”Members of staff are retiring while some other ones are leaving the University for other Universities, students’ enrolment is increasing yet no employment of any kind has been made in the last ten years.

”On several occasions, the Academic Staff Union of Universities (ASUU), LAUTECH branch had communications with the University Management as well as the then Governing Council. When the situation became unbearable, particularly due to non-responsiveness of the two owner governments to their responsibility to the University, the Union embarked on an industrial action.

”On Tuesday 17th of February, 2017, ASUU LAUTECH Branch held a congress and the contents of the MoA were read at the Congress floor. Arising from the Congress, it was unanimously agreed upon that the strike be suspended (immediately in principle and that academic activities should resume on Monday 23rd of February, 2017) conditionally based on a caveat based on the caveat that “the Union will be at liberty to take any action it deems fit if the Council reneges in any of the agreements.” As soon as the strike was suspended, academic works resumed in earnest with all our members working assiduously to ensure that the system is restored to perfect running while also making efforts to cover some lost grounds. The KPMG came and did the auditing. The result is still unknown to us up till now; staff auditing was done in December 2017 by the Governing Council members and was found out that the University is understaffed, yet work was going on smoothly.

”However to our dismay, we discovered that the governments still refuse to attend to their funding responsibilities of the University even after the said “auditing”, both personal and accounts.

”The arrears of salaries (10 months), promotion arrears, Earned Academic Allowances (EAA), among others, are not paid. There is no positive response to other welfare issues including the pension and gratuity and National Health Insurance Scheme (NHIS).

”These observations were communicated to the University Management and the Governing Council on several occasions. Sometimes, letter of appeal will be written to the Union to bear with them. Since January 2018, monthly salaries are being paid fairly regularly, largely from Internally Generated Revenue (IGR) resources of the University (probably due to increase in school fee earlier imposed on the poor masses). But by the end of May, the money had been exhausted and therefore the June salary was only paid in part!

”The latest letter to the Council was written on Tuesday 5th July 2018, calling its attention to its reneging on the MoA of 13th February 2017 and the clause that led to the conditional suspension of the strike. On Thursday 7th July 2018, a congress of the Union was held and it was resolved that the Branch will embark on Active Non-Cooperation (ANC) for three days in the first instance. The approval was sought from the National Body of our Union and the University Management was briefed (in writing) on the resolution.

”The National body of our Union accordingly send a delegation to LAUTECH to verify whether it is true or not that the Branch is proposing to down tool.

”However, at the end of a congress on 20th July 2018 and in the presence of the National Executive Council (NEC) of ASUU delegation, the Branch resolved to embark on two weeks warning strike if all the issues are not positively addressed.

”We, therefore, call on well-meaning members of the public to call on the governments of the owner states of the University, for the sake of our children and the future of the country, to wake up to their responsibilities on the University.” 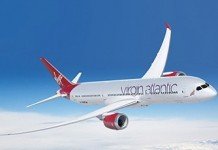 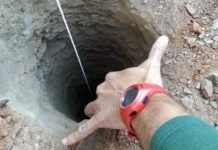 6-Yr-Old Boy Dies In A Well In Kano