AROUND 100 people are jammed into offices in Miami that are offering free or low-cost legal advice to migrants, many of them undocumented and desperate to normalize their status after President Donald Trump threatened to deport millions of people in the coming weeks.

With heads bowed and files bulging with forms and papers, the undocumented migrants — most of them from Cuba, Venezuela, Haiti or Honduras — are waiting to meet specialists who can help their case.

Jose Luis says he escaped from Cuba to Guyana before crossing South America to Chile, then following the Andes north and finally crossing the US-Mexico border into Texas.

He eventually reached Miami where he was reunited with his 14-year-old daughter.

“That’s what we Cubans have to go through to get out of Cuba because of the tragedy that has engulfed our country,” said the 46-year-old, who did not wish to give his family name.

The migrants are gathered at a branch of the Church World Service (CWS) charity, which has been inundated since Trump threatened last week to “begin the process of removing the millions of illegal aliens.”

The next day, Trump would officially launch his 2020 re-election campaign, around 240 miles (390 kilometres) north of Miami, in Orlando.

His remarks triggered a wave of panic, with undocumented migrants expecting immigration police to launch a series of raids in the days that followed. However, the administration then said it was postponing the crackdown until next week.

Maureen Porras, managing attorney at CWS, said many of the people who had crossed the border without documents had already been seeking to regularize their status even before Trump’s announcement.

“This just pushed them just a little bit more to come and seek services faster,” she said. “We have clients that, after that announcement was made, were contacting me and asking, ‘Hey does this apply to me?’, you know: ‘Am I in danger?’”

“And of course we are preparing as best as we can,” she told AFP, saying the charity has expanded its services and is seeking extra financial support.

Lawyers and activists ensure that migrants know their rights, have their papers in order, organize for someone to look after their kids should they be arrested and, above all, know not to open the door if immigration police do not have a warrant.

But Cuban Carlos Iraola Reyes has taken the difficult decision to move on from Florida, where the law obliges local police forces to cooperate with immigration agents.

“I’m going to Texas because it’s more welcoming,” said the 31-year-old electrical engineer. “You think I can move freely? That would be very naive.”

“We are living through a terrifying period when you’re scared of going out into the street, of going to work, or going to the supermarket,” she said.

Even as Florida’s undocumented migrants were living in fear, Vice President Mike Pence was in Miami rallying “Latinos for Trump” ahead of next year’s elections.

The push to target the Hispanic community, which makes up 26 per cent of the state’s 21 million residents, is focusing particularly on Cubans and Venezuelans who back the government’s hardline stance against the socialist regimes in Havana and Caracas.

But the Republican president has alienated the many Porto Ricans who have settled in the state following the 2017 hurricane that devastated the island, whose recovery Trump was accused of doing little to support.

“Latino Americans are leading the way in this economy,” Pence said. “As President Trump has said, Latino business leaders are living proof that the American dream is back and stronger than ever before.”

Florida is once again expected to be a key battleground state in the 2020 presidential race, which is why both parties are pushing to woo the large Hispanic population.

According to Pew Research, Florida has the third-highest number of undocumented migrants in the country, after California and Texas, with 825,000 of them in 2017.

That is why Trump’s raids “could potentially impact many, many families here in South Florida,” Miami’s Archbishop Thomas Wenski told AFP.

“Many of these undocumented or irregular migrants are embedded in American families. In other words, they are brothers, sisters, spouses of American citizens. So it would impact everybody and everybody would feel the pain,” he said. 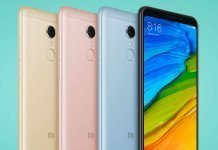 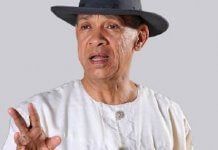 Why I Withdrew From Bayelsa East Senatorial Race – Ben Bruce