THE Ekiti State Government has promulgated an anti-grabbing law forbidding fraudulent and forceful occupation of land.

The Anti-Land Grabbing Law was aimed at curbing the activities of land grabbers locally known as omo oniles and individuals who engage in the fraudulent sale, resale and forcible occupation of land.

The Deputy Governor, Otunba Bise Egbeyemi made the disclosure at the palace of Ewi of Ado-Ekiti during an enlightenment campaign on the provisions of the law.

A statement by Special Assistant (Media) to the Deputy Governor, Odunayo Ogunmola, disclosed that Governor Kayode Fayemi gave his assent to the Law on 4th June 2019 alongside seven others after they were passed by the fifth House of Assembly.

Egbeyemi stressed that government would enforce the law to the letter advising quarter chiefs, family heads and landowners to be truthful and carry stakeholders along while selling land to prospective developers.

Oba Adejugbe, in his address, commended the Fayemi administration for taking proactive action to halt the activities of land grabbers in the state. 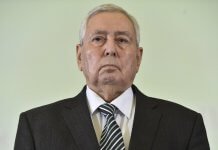 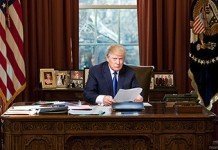