Convener of RevolutionNow protest and presidential candidate of the African Action Congress (AAC) in the February 2019 presidential election, Mr Omoyele Sowore, has arrived the Federal High Court in Abuja.

Recall that the Federal Government of Nigeria recently vowed to re-arraign Sowore, who was arrested for planning to stage a nationwide protest tagged #RevolutionNow.

Sowore is to be arraigned on seven counts bordering on treasonable felony, money laundering and cybercrimes. The Federal Government also accused him of granting an interview that caused an insult on President Muhammadu Buhari.

He has been in the custody of the Department of State Service since he was arrested on Saturday, August 3, 2019.

Following his arrest, Justice Taiwo Taiwo of the Federal High Court granted the DSS the permission to detain the Publisher of Sahara Reporters for 45 days.

After the expiration of the 45 days, the judge ordered the security agency to release Sowore on the ground there was no subsisting order keeping him in detention.

Despite the court’s order, the DSS has refused to release the activist, even after depositing his passport in the court’s registry to meet his bail condition.

However, the Federal Government is reportedly planning to drag Justice Taiwo Taiwo before the National Judicial Council over his decision to grant bail to Sowore. 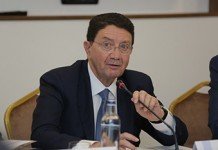 United Nations Declares 2017 As International Year Of Sustainable Tourism For... 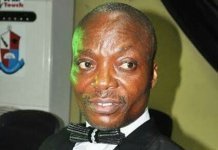 Amaechi Fires Back At Ngwuta, Says ‘You’re A Shameless Liar’