Yusuff, who is also the Senior Special Assistant to Governor Seyi Makinde on SDGs, made the position known during a Stakeholders’ Meeting on the Institutionalisation of the Sustainable Development Goals (SDGs), held at the Head of Service Conference Room, Secretariat, Agodi, Ibadan.

The Special Adviser to the Governor on Economic Matters, Dr Musbau Babatunde, who also spoke at the meeting, said that welfarist policies and integrity in governance of the Seyi Makinde-led administration have started achieving results in respect of the Sustainable Development Goals (SDGs).

The duo and stakeholders from 33 Local Governments in the state said that efforts of the state government to move the State from poverty to prosperity based on the four pillars of the administration have received commendations from coordinators of the SDGs across the states.

Some of the stakeholders in attendance included the Commissioner for Local Government and Chieftaincy Matters, Hon. Funmi Orisadeyi; Executive Assistant (Administration) and Oyo State focal person for the Human Capital Development Goals, Revd. Idowu Ogedengbe; Executive Assistant on Disabilities, Barr. Ayodele Adekanmbi; the Director of the Centre for Sustainable Development, University of Ibadan; Professor Olanrewaju Olaniyi; Dr Adebayo Ajala from the Nigerian Institute of Social and Economic Research (NISER); representative of the State Bureau of Statistics and Directors of Budget and Planning in all 33 local governments of the state.

According to Yusuff, the meeting, which coincided with the United Nation’s International Day on Poverty Eradication, was convened for all relevant stakeholders at the state government, local government, social policy researchers and other critical levels to come up with a framework to institutionalise what he described as the Integrated Sustainable Development Goals for the betterment of Oyo State.

He maintained that the Makinde’s administration’s commitment to doing things differently necessitated bringing together of all the critical stakeholders, adding that the governor’s commitment to moving the state from poverty to prosperity would yield fruits in no distant time.

Similarly, Dr Babatunde maintained that the agenda of Governor Makinde were related to the SDGs, noting that the meeting was on how the Goals could be institutionalised and achieved in a way that the state would be taken to a greater height.

He maintained that the framework for the SDGs would be developed in way that other developmental agenda such as the Agenda 2063 and the Economic Recovery and Growth Plan of the Federal Government would be given adequate consideration, noting that Governor Makinde would continue to deliver developments that have positive impacts on the lives of Oyo State people.

Yusuff said: “Oyo State has two things working for us right now, the governance of inclusion and integrity. When a government has integrity and it is carrying everybody along; that is a good scorecard with the United Nations. Presently, the Federal Government and everybody sees Oyo State as a pilot society; they refer to us now as a welfarist state, where everybody is being carried along on all the subject-matters of development. The administration has been working hard to make sure Sustainable Development Goals are achieved in the state.

“Today is important to us in the SDG Unit, because it is the International Day for the Eradication of Poverty. The SDG Office, with the approval of the governor, picked today to bring together Directors of Budget and Planning in all the 33 local governments; the Directors of Developmental Planning; Directors in the State Bureau of Statistics; NISER; the University of Ibadan and others, so that we can brainstorm and formulate a framework to institutional what we call Integrated Sustainable Development Goals.” 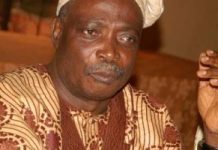 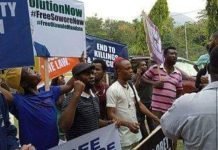 Danjuma To Nigerians: Depend Less On Armed Forces, Defend Yourselves