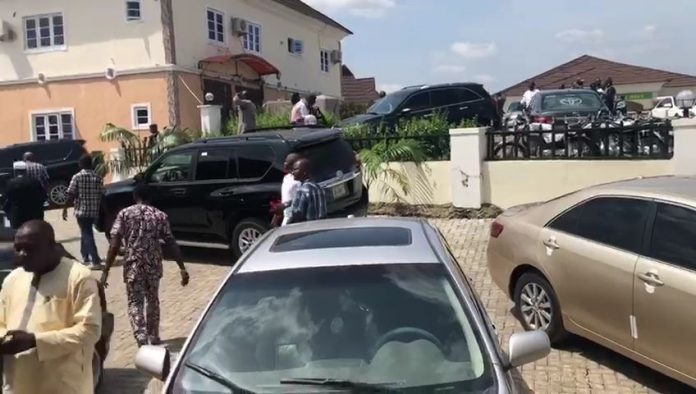 He is in Kogi in his capacity as the Chairman of that Council.

Eyewitnesses confirmed that the hooded security operatives arrived the Suitorial Hotels, Lokoja, along Stadium Road, where the Governor and some members of the PDP Campaign Council are lodged at about 12.50 pm, shooting sporadically.

Some of the hooded security operatives reportedly scaled the fence of the hotel and attempted to gain entrance into the main hotel.