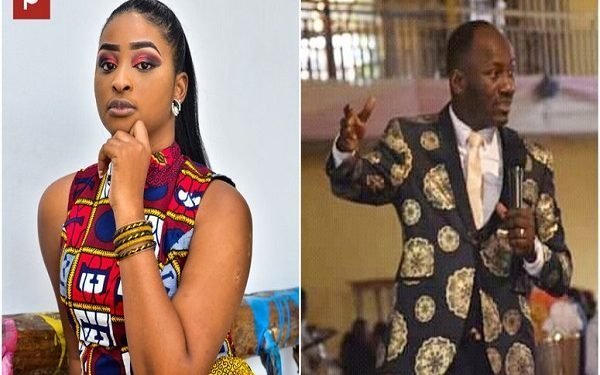 Controversial actress, Etinosa Idemudia, has tendered an apology to a popular clergyman, Apostle Suleiman, over her recent swipe at him.

A video of the cleric had gone viral where he condemned bleaching, saying people who bleach end up smelling and die of diseases such as cancer. Etinosa, however, didn’t agree with his opinion, hence she said the pastor’s alleged “side piece” also bleaches.

“There’s no relationship between bleaching and the kingdom of God, so my uncle Suleiman go and rest. Especially when Your side piece is one of us – BLEACHING GENG member”, she wrote.

The Game Up actress has now taken a U-turn and retraced her steps when she took to her Instagram page on Thursday morning to apologize.

“I made an expensive joke which was taken out of context and blown out of proportion. The post was not in any way referring to the great man of God, Apostle Johnson Suleiman, and I deeply regret any discomfort and embarrassment this has caused. Man of God, dear Big brother AJS, please have mercy on me and pray for my soul’, wrote Etinosa.

“If we confess our sins, He is faithful and just to forgive us our sins and to cleanse us from all unrighteousness.

“If You, Lord, should mark iniquities, O Lord, who could stand? But there is forgiveness with You, that You may be feared”.

Demolition: We Will Not Succumb To Blackmail —LASG 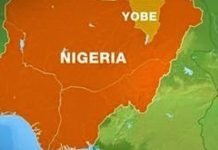