NIGERIAN President, Muhammadu Buhari, on Thursday confirmed that his administration is currently engaging Niger Delta militants in talks in order to end the spate of violence being experienced in the region.

He said the talks are being done through oil companies and law-enforcement agencies and are meant a to find a lasting solution to insecurity in the region.

According to a statement by his Senior Special Assistant on Media and Publicity, Garba Shehu, the President spoke while granting farewell audience to the outgoing Ambassador of Germany to Nigeria, Mr. Michael Zinner, at the Presidential Villa, Abuja.

Buhari also told his guest that the Federal Government is studying the instruments of the Amnesty Programme inherited from the previous administration with a view to carrying out commitments made that were undelivered.

“We understand their feelings. We are studying the instruments. We have to secure the environment, otherwise investment will not come. We will do our best for the country,” the President was quoted as saying.

Buhari thanked the German government for its continuing support to Nigeria in the efforts to tackle insecurity and the ongoing rehabilitation and resettlement of displaced citizens in crisis areas in the North-Eastern parts of the country.

He also thanked Nigeria’s neighbours for their firm and unflinching support in the war against terror.

The outgoing German Ambassador noted that bilateral relations between Nigeria and Germany “had improved very much in the last 12 months of this administration.”

He expressed the readiness of Germany to assist Nigeria in the rehabilitation process in the North East to help displaced persons return to their villages. He also expressed the eagerness of German businesses to invest in the country, now that “conditions for investment have been put in place”.

The German Ambassador reiterated the standing invitation of Chancellor Angela Merkel to Buhari to visit Germany. 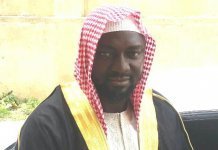 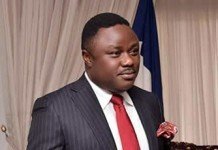