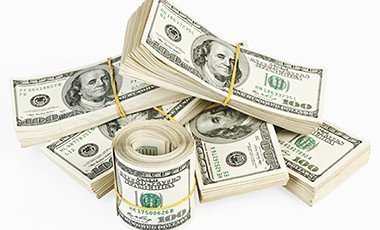 THE Central Bank of Nigeria (CBN) has raised the amount of foreign exchange that Bureaux de Change (BDCs) can access from banks to $50, 000, per week.

It was pegged at $30, 000,penultimate week. The decision to raise the bar was reached at the Bankers’ Committee Meeting in Abuja, yesterday.

Directors of the apex bank and some Managing Directors of Deposit Money Banks who briefed journalists at the CBN headquarters, explained that the decision was to make more foreign exchange available to members of the public, especially as students were to return to school.

The Managing Director of United Bank for Africa UBA, Mr. Kennedy Uzokam, said: “As you all know the issue of making foreign exchange available to Nigerians has been very topical and the CBN has been working hard to address this. About two weeks ago, a policy was released that made banks to sell monies to BDCs and BDCs are supposed to pass these monies to Nigerians to meet various needs.

“At the meeting today and as expected, we got feedback from the market and the CBN being a responsive regulator has decided to move the limit from $30,000 per BDC to $50, 000. We believe that this development will make more cash available to the BDCs and increase the supply and this will help to drive down the price.”

Questioned about if the review of the limit showing a lack of a well-thought out policy, Mr. Uzoka said, “we are in an interesting time which requires a lot of work to be done. Before that policy was released, there were a lot of consultations. But the outcome has shown that the movement is not as fast as we want it, hence the idea to look at it again. We felt that there is no point trying to stay in one place just because you do not want to make changes, especially when you know changes are right.

ALSO READ:  President Buhari Being Fulani Not Cause Of Herdsmen Killings – Adesina

“CBN and the Bankers Committee have reviewed this and we know people are going back to school. They need money. People have other responsibilities like travelling abroad during this period. Should we say let us hold to our position when we know the reality? My view is that we should not do that and that was the considered position of the bankers’ Committee at the meeting today. The committee will continue to respond as long as it is necessary to move the banks’ body to the desired goal.

“The CBN Acting Director of Communications, Mr. Isaac Okoroafor, explained further that the decision to raise the volume of cash sold to BDCs was, “to ensure that, especially now that students are going back to school, they get enough for school fees, students maintenance allowances and of course for BTA and PTA.

“It is not a policy reversal. During economic crisis, policy makers must watch policies and instruments and must be able to change them.

“Unless you want to say that increasing sales of forex to BDCs to ease the current foreign exchnage challenges is a policy reversal. It is not. It is actually a policy improvement.”