THE Peoples Democratic Party (PDP) has expressed surprise at what it described as the lackadaisical reaction of Finance Minister, Kemi Adeosun, to the recession.

The party, which said this in a statement issued by the party’s national spokesman, Prince Dayo Adeyeye,  added that it was reflective of the Finance Minister’s ignorance, lack of patriotism or confirmation by the president that ministers were noise makers.

The PDP, while calling on its supporters to keep on praying for the country said: “The crass ineptitude and lukewarm-attitude of this APC government is no longer tolerable, and therefore, we are calling on President Buhari and his team to return Nigeria to its state of booming economy before they assumed office in May, 2015, and then quit immediately to allow other capable leaders recover our ailing economy.”

Prince Adeyeye declared: “For instance, recall that about three airlines, local and international, like some banks, have suspended operations and sent their staff on indefinite leave due to poor state of Nigeria’s economy. Nigerians are aware that the PDP government invested heavily in most of our airports in the country that resulted to obvious ‘facelift’ and improved operations through remodelling, construction of new airports, refurbishing and equipping of the local and international airports to meet best practices in the Aviation Industry.

“But the APC administration has frittered away all the good policies and programmes which the PDP put in place, thereby crumbling the aviation sector in the country among other catastrophes it has caused.

ALSO READ:  Enough Of These Lies By Lai Mohammed —CAN
Advertisement
Loading...

I Joined APC To Rescue Ekiti From Fayose – Senator Rasaki 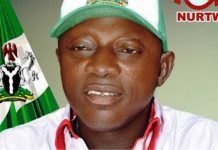 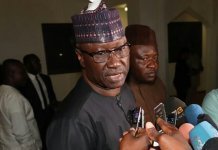