THE Imo State House of Assembly has described female genital mutilation/cutting as obnoxious traditional practice, saying it is opposed to it and set to pass into law a bill “to eliminate violence in private and public life.”

It also said that it was hazardous to the health of girl children and women due to its attendant physical and mental consequences.

Speaking during the inauguration ceremony organised by the wife of the state governor, Mrs. Nkechi Okorocha, the Speaker of the state Assembly, Acho Ihim, noted that the practice was  in utter violation of the United Nations’ Convention on the Rights of the Girl Child.

He also said that it violated the African ethical principle of “Do no harm to anybody.”

While saying that the House of Assembly was opposed to FGM/C in all its ramifications, the Speaker maintained that the circumcision of the girl child was a violation of female fundamental human rights to life, physical integrity and health.

He said, “Under medical prerogatives, the practice subjects its victims to life-threatening hazards. We in the House therefore stand in unity with the wife of the governor, Mrs. Nkechi Okorocha, as well as UNFPA, UNICEF and other international organisations, to uphold the stance that there is no justification whatsoever for FGM.

“And to ensure the speedy implementation of eradication of this detestable traditional practice, the House of Assembly hereby promises to hasten all efforts aimed at passing into law the bill to eliminate violence in private and public life, to prohibit all forms of violence including physical, sexual, psychological and all domestic harmful traditional practices, discrimination against persons and to provide maximum protection and effective remedies for victims and punishment for offenders.”

Earlier, Mrs. Okorocha had said that the intervention by the United Nations’ Population Fund Agency through the state Ministry of Women Affairs and Social Development had focused on four council areas such as Ikeduru, Ohaji/Egbema, Ngor Okpala and Oguta.

Mrs. Okorocha said her pet project, Women of Divine Destiny Initiative, was partnering with UNFPA to fully address the problem. 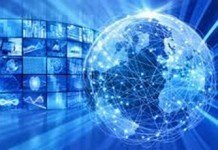 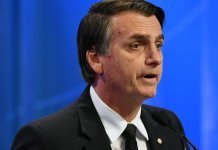 Akogun Posi Adiatu: A Choice Towards A Vibrant Representation