THE Senate has urged the Ministry of Finance and the Central Bank of Nigeria (CBN) to harmonize the Federal Government’s financial and monetary policies as one of the ways to end the current economic recession.

The Upper Chamber also enjoined the Executive to urgently negotiate external concessionary borrowing to finance aspects of deficit in the 2016 Appropriation Act.

These were part of the recommendations adopted by the Red Chamber after its two-day exhaustive debate to proffer solutions to the present harsh economic realities confronting the country.

According to the Senate Plan which will be officially transmitted to President Muhammadu Buhari by Senate President, Dr. Abubakar Bukola Saraki, and other leaders of the federal legislature any time soon, “the fiscal and monetary authorities must harmonize all policies that lower interest rates for investors in the real sector and small/medium scale farmers.

“The Federal Government should negotiate foreign concessionary borrowing agreements to cover shortfalls in the 2016 budget and the government’s accelerated infrastructural development programme.”

Other measures that can help reflate the economy if immediately implemented by the Federal Government according to the Senate, include the payment of genuine domestic debts owed local contractors, settlement of salary arrears and pension obligations.

The Senate also urged the Federal Government to utilize pension and insurance funds to finance long term capital lending for agriculture, industry and housing projects as a way of putting money in the pockets of Nigerians.

The Senate said: “The Federal Government should ensure the payment of all genuine domestic debts owed to local contractors who have completed their jobs, settle all salaries and pension liabilities and leverage the use of pension and insurance funds to provide long term capital lending for agriculture, industry, and housing projects.”

The Lawmakers further urged the Executive to urgently reconstitute the Board of the Central Bank of Nigeria (CBN) and all other critical agencies in order to ensure that they operate in accordance to their enabling laws.

“The Federal Government should retool its export promotion policies scheme with export incentives like the Export Expansion Grant (EEG) and the export financing initiatives,” the Senate added.

15 Killed In Clashes In Benue 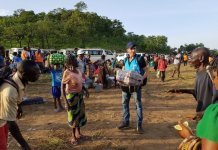