SOUTH West Chairman of the Manufacturers Association of Nigeria (MAN), Chief Kola Akosile, has called on Nigerians to embark on large scale production of cassava and other cereals such as Maize and Soya beans.

He disclosed further that the shortage of maize and other products has forced up the  price of  products as well as scarcity of some of the products in the market and  if it continue like this the effect will be harder on the people  as chicken and other poultry product will also be affected.”

Speaking on the involvement of MAN in enhancing mass production of farm produce, Akosile said  “MAN is already partnering with farmers to boost production, we  have a scheme which creates automatic market for their product.” 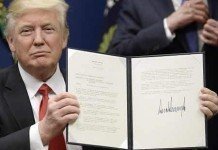 My Children Too Are Sweating, They Have Heat Rash –Fashola Laments