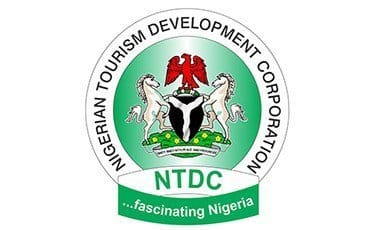 THE Acting Director-General of the Nigerian Tourism Development Corporation (NTDC), Mrs Mariel Rae-Omoh, has promised to professionalise the corporation, placing staff in positions where their professional strength and abilities will maximally be utilised to achieve the Corporation’s mandate.
Rae-Omoh, speaking at her maiden interaction with the staff,  since her appointment as Acting Director General promised to unite the stakeholders as well as develop a template for the organisation.
Her words: “I am very familiar with the terrain. I know where the shoe pinches the Nigerian tourism industry and the Corporation. By the grace of God and with the cooperation of the staff, and stakeholders in the industry,I will explore my expertise in the industry to propel the expected development in the industry, and move the corporation from where it is to where it ought to be.”
Drawing from her membership of the Institute for Tourism Professionals, she said ”I appreciate the importance of periodic meetings with the stakeholders in the industry in developing the industry; hence I will ensure synergy between my administration and the stakeholders, through constant dialogue.”
She also disclosed that her administration will build projects for the corporation.
The NTDC boss, commended the immediate past administration of Sir Boniface Eboka, for the remarkable achievements in the short period he served.
She called for unity among the staff, explaining that “we can only record greater achievements and move the corporation forward, if we are united in the pursuit of our goals.”
The union chairman of the Corporation chapter of The Almagamated Union of Public Corporations, Civil Service  Technical and Recreational Services Employees (AUPCTRE), Mr Martins Ohiemi, in his brief remarks, commended the acting NTDC boss, who is very versatile professional, and a seasoned administrator to bring her wealth of experience to bear.
He further pledged the support of the union for the new administration.
ALSO READ:  When Ooni Of Ife Visited Badagry, Akran, Slave Museums
Advertisement
Loading...