In a statement on Sunday, Kashamu said Fayose was not the right man for the job.He wondered how governors of a party in a need of rebranding and repositioning could choose “a liability, a loud mouth and an immature politician like Fayose as the chairman of the PDP Governors’ Forum”.

The statement added, “It is not that his emergence as the chairman of the Forum means anything to me. But as a committed and loyal party man, it gives me great concern that instead of taking steps that will foster peace and unity, we are doing things that will widen the gap and cause more disunity.

“Those who chose him should have a rethink in the interest of the party that is striving hard to return to power.”

He stated, “His brother-governor, Dr. Olusegun Mimiko, whose tenure he purportedly continues as Chairman of the PDP Governors’ Forum, is a cool-headed and balanced character.

“Even then, some of us pointed out that Governor Mimiko was slippery and sly, and a traitor. What happened at the end of the day? The party broke up on his head when he overreached himself in the South-West as the Chairman of the PDP Governors’ Forum at the behest of Fayose.

“Instead of being a strong leader, who would be fair to all and do good to all manner of people, without fear or favour, he became more of a weather-beaten fowl, sullen and uninspiring.

“But, we thank God that we held our grounds and fought for our rights.

While he conceded to the PDP governors the right to choose whoever they wanted to lead them, he noted that they should have settled for a balanced, more experienced and mature person to lead the forum.

He argued that the governors shouldn’t have chosen “a cantankerous, divisive and unstable character like Governor Fayose, who snaps at the slightest provocation”.

Kashamu stated, “There are those who are better educated, well-cultured and better exposed, who are not working against the interest of their people and country.

“We have governors, who have held public offices since the return to democracy in 1999 but who are untainted. The Economic and Financial Crimes Commission does not have any case against them.

“Those are the kind of people that could have been chosen to lead the Forum.

Kashamu said the choice of Fayose as the chairman of the PDP forum would further polarise the party and destroy it.

He added, “How many of the notable leaders of the party in Ekiti State and the South-West are ready to work with Fayose? He had the opportunity to fight for the interest of the good people of Ekiti State and Yorubaland, but he flunked it, preferring to promote impunity with a tiny clique who will always do his bidding.”

But reacting, Fayose, who spoke through his Special Assistant on Public Communications and New Media, Lere Olayinka, asked Kashamu to stop interfering in other people’s business.

He said, “Even as we have elected not to take issue with the senator, I think Nigerians should ask him whether he is a governor. What is the business of a senator, who is not even a principal officer in the Senate with who becomes the chairman of Governors’ Forum?

“If he wants to have a say on who becomes the chairman of Governors Forum, he should also try and become a governor like Governor Ayodele Fayose, and a respected, forthright, committed party man and a courageous one too. 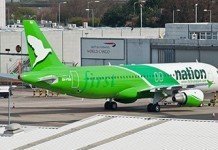