The back-pedalling announced by White House spokesman, Sean Spicer, followed embarrassing revelations that Trump had slammed the phone on Australian Prime Minister Malcolm Turnbull, in a conversation at the weekend.

According to the Sydney Morning Herald, in a further insult to Mr Turnbull, the White House press secretary Sean Spicer repeatedly mispronounced the Australian Prime Minister’s name as “Trunbull”.

Mr Trump later echoed the promise that the deal would proceed, saying that if the “previous administration does something you have to respect that”.

Asked whether the deal was indeed going ahead at a White House briefing on Thursday afternoon, Mr Spicer said the widely reported conversation between the world leaders had been “cordial”, and said the refugee deal would go ahead on the condition of “extreme vetting”.

“The president is unbelievably disappointed in the previous administration’s deal that was made and how poorly it was crafted and the threat to national security that it put the United States on,” he said.

“He has tremendous respect for the prime minister and the Australian people, and has agreed to continue to review that deal and to ensure that as part of the deal, which was always part of it, we would go through a very, very extreme vetting process to ensure that every single person that is being offered is coming here with peaceful intentions and poses no threat to the United States.”

Shortly after, Mr Trump defended the phone call again in off-the-cuff remarks during an event in Washington, but said if the previous administration did something “you have to respect that” – seeming to concede he would honour the deal.

He said the deal involved “probably well over a thousand illegal immigrants who were in prisons and they were going to take them into this country and I said why? Just wanted to ask the question. 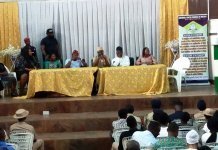 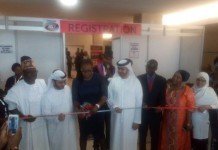 Akwaaba 2016 Kicks Off With Gleeful Pageantry