THE Federal Government has reiterated its commitment to pursue a new vision of hope and development in the Niger Delta region.

Acting President, Yemi Osinbajo, gave the assurance, yesterday, in Port Harcourt, Rivers State, at a stakeholders meeting with elders, youths and women in the state.

Osinbajo, who acknowledged that the region had been neglected by past governments, said there was a lot to be done to better the lives of people of the region.

Assuring that the Federal Government will continue with the amnesty programme, Osinbajo appealed for support of all stakeholders in the renewed vision to tackle challenges of underdevelopment in the region.

“It is now clear that the Niger Delta needs a new vision, a fresh commitment, a renewed spirit by all stakeholders. The Federal Government is committed to building a partnership,” he said.

Appealing for sustained peace in the region, Professor Osibanjo said there was no reason why the region should not be made to look like other oil-producing areas in the world.

He said: “It is my special privilege to lay the foundation stone of this doctors quarters at the Braithwaite Specialist Memorial Hospital. It is very special because this is a special contribution to the creation of access to healthcare in the country, especially the welfare of doctors who do the commendable work of ensuring the health of the people.”

Similarly, Minister of State for Petroleum, Mr Ibe Kachikwu, who spoke at the stakeholders meeting, dismissed as untrue rumours that international oil companies, IOCs, had concluded plans to exit the Niger Delta region.

Former Minister of Labour and Productivity, Alabo Tonye Graham-Douglas, who spoke for PANDEF during the stakeholders meeting, urged the Federal Government to revisit the documents submitted by the body on the way forward in the region, adding that this was the time government should pay more attention to actions than rhetorics.

In their separate addresses, Chief O. Okocha, SAN, who spoke for Rivers elders and Ms Ann Kio Briggs spokesperson for Rivers women, narrated the challenges of underdevelopment in the state. They appealed to the acting President to order the Inspector General of Police to restore the police orderlies of the governor withdrawn last year.

The women in a humorous note offered to provide security for the governor if the Federal Government failed to restore his police orderlies. 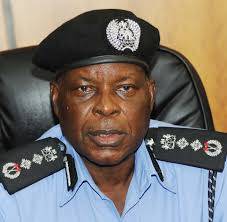 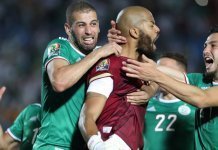