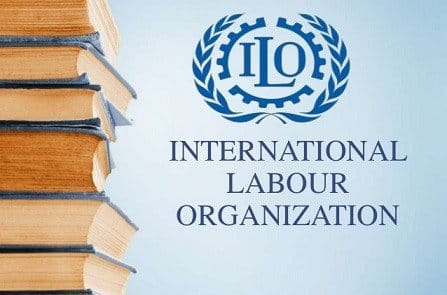 THE International Labour Organisation (ILO) has said that over 210 million people are unemployed globally and that by 2030 the world would need 600 million jobs extra.

Mr Luc Cortebeeck, Vice-President of Governing Body of ILO said this at the just concluded Training Course for Media Professionals on “Communicating Labour Rights” in the International Training Centre of the ILO.

The training course, which was the first phase, was tagged face-to face that commenced on May 22 and ended May 27.

“At the moment we are suffering an official unemployment rate of 210 million people and this means that by 2030 we need 600 million jobs extra for the future.

“Work is a very important issue and governments need to provide more quality employment for its citizenry,” he said.

Cortebeeck said that there are a lot of challenges facing the future of work in the world this includes new technology, inequality, unemployment, migration, injustices, among others.

He, however, said that migration was a serious issue as it cannot be avoided; adding that to avoid more migration, there was need for developments, investments that would create quality and sustainable jobs.

According to him, citizens must be educated so that they would not have to go to other countries.

“It is really dangerous when very educated people move to other western countries in search of greener pastures.

“So, governments, employers, civil societies must come together to look at the society as a whole to find the solution for challenges on the future of work,” he said.

Mr Guy Ryder, President of ILO, while speaking on the Future of Work initiative, said there was more desperation for social justice, decent work more than when the ILO was created 100 years ago. Ryder said that there was a huge transformation in the world of work that the world has not witnessed before.

“One of such rapid change always leave people with the feeling that they are not in control of that process, that they are the perceive recipients of the effect of this changes and they are not able to check there future.

He said that the ILO was working on initiatives in understanding the transformation of the work in order for the organisation to be equipped to advance its mandate for social justices.

He also noted that this initiatives are examining the existing conventions and recommendations, identifying what was up-to-date, what are not longer relevant, among others.