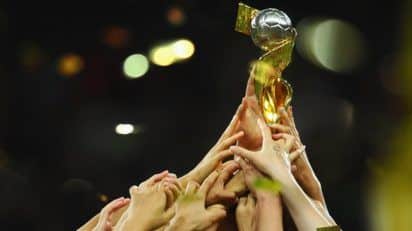 AUSTRALIA unveiled a government-backed bid Tuesday to host the 2023 Women’s World Cup, saying it would be an economic boon for the country and inspire a new generation footballers.

“We are recognised internationally for our sporting achievements and for showcasing some of the biggest sporting events in the world and, when we do, we do it triumphantly, we do it successfully, we do it to great acclaim,” he said in officially launching the bid.

“The opportunity to host this event is significant, not just for the economic and tourism benefits it would bring, but for what it does for women’s sport.”

The government has pledged Aus$1 million (US$760,000) in initial funding and will provide another Aus$4 million if Australia proves to have a reasonable chance of winning.

“This is the largest, most prestigious and most competitive contest in a women’s sport globally,” Football Federation Australia chairman Steven Lowy said.

“We know that this will be a challenging process, but we believe that we have the expertise and world-class facilities to host a fantastic tournament.”

The 2023 tournament would see 24 teams compete at venues across Australia over 52 matches. Canada held the last event in 2015 while France hosts the 2019 version.

Australia did not fare well in its most recent attempt to host a World Cup when it secured just one vote for its bid to hold the men’s 2022 event, which was controversially won by Qatar.

Why Nigerians Are In Chinese Prisons – Envoy